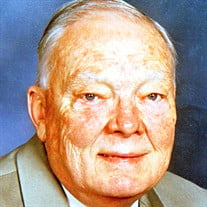 FUTHER, Ronald Charles- With great sadness, the Futher family announces the peaceful passing of Ronald Charles, on Tuesday, February 23, 2016, at his home in Wellesley, surrounded by family and friends. Ronald in his 82nd year was the beloved husband of the late Carol Ann Kloepfer (2015) and the late Mary Jane Lantz (1968). Loving father of David and his wife Cindy of Wellesley, Mary and her husband Ian McDougall of Toronto and Ann and her husband Tom MacNair of Carlisle. Dear grandfather of Scott Futher and Eric Futher. He will be sadly missed by his brother Bill and his wife Elaine of Wellesley, his sister-in law Betty Futher of Stratford as well as many nieces and nephews. Predeceased by his parents; Pat Futher (1962) and Eileen Moser (1994) and his brother Jerome Futher (2006). Ron graduated from the Canadian School of Embalming at the University of Toronto in 1957 and was the President and funeral director of Futher Brothers Funeral Home Ltd from 1963 till 2007. He was a Charter member of the Central Ontario Funeral Directors Association and a member of the Ontario Funeral Service Association. He was a Charter member of the Wellesley Lions Club and a member of the Wellesley and District Board of Trade. He served as the first Treasurer of the Village of Wellesley when it was incorporated in 1961. Ron joined the Wellesley Fire Department in 1958 and served as its Fire Chief from 1989 till 1999. As an avid baseball player, he played with the Wellesley Merchants from 1950 till 1960 and the Wellesley Pioneers until 2000. He currently was serving on the St. Agatha Catholic Cemetery Board and the Wellesley Fire Truck Restoration Committee. Ron enjoyed curling and was an avid fisherman in his retirement years. In 2010, Ron received the Wellesley Citizen of the Year award. Friends may call at the FUTHER-FRANKLIN FUNERAL HOME, 1172 Henry Street, Wellesley, on Thursday and Friday from 2-4 & 7-9 p.m. Parish prayers in the funeral home on Thursday at 4 p.m. Mass of Christian Burial will be celebrated at St. Agatha Roman Catholic Church, St. Agatha on Saturday, February 27, 2016 at 12 p.m. Interment to follow at St. Agatha R.C. Cemetery. Donations to Township of Wellesley for the Fire Truck Restoration Fund or Wellesley Mennonite Church for the Wellesley Food Cupboard would be appreciated. Special thanks to Dr. Kim Moore, Karen Bauer and Anita Hope for the loving care extended to Ron. www.futher-franklinfuneralhome.com

FUTHER, Ronald Charles- With great sadness, the Futher family announces the peaceful passing of Ronald Charles, on Tuesday, February 23, 2016, at his home in Wellesley, surrounded by family and friends. Ronald in his 82nd year was the beloved... View Obituary & Service Information

The family of Ronald Charles Futher created this Life Tributes page to make it easy to share your memories.

Send flowers to the Futher family.