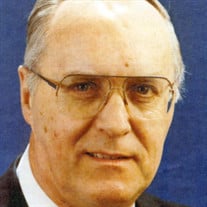 AMM, Robert Garnet- It is with sadness that we announce the passing of Robert G. Amm at the Hamilton General Hospital on Saturday, February 20, 2021. Bob Amm of Dundas in his 87th year. Loving husband of the late Sarah Gallant (1986) and Olga Belowus (2019). Stepfather of Pauline and Rob. Bob will be sadly missed by his brother Gil and his wife Doreen of Langley, British Columbia, as well as his special friend Carolyn Bentley of Dundas as well as many friends and colleagues. Predeceased by his parents Earl Amm and Pearl Hazard. Bob was born December 19, 1934 in Quyon, Quebec and attended school in a two-room schoolhouse. In 1947 the family relocated to Avonmore, Ontario where he attended high school. Bob gained a love for Canada’s west while serving with the Cadet Corps from 1951-1954 and attending excursions to the western provinces and Ipperwash Camp. After high school, Bob obtained his first job in a funeral home at McAvoy Brothers Funeral Home in Ottawa and attended the Canadian School of Embalming, graduating in 1955. He continued to work in funeral homes in Ottawa, Belleville, at Ridley Funeral Home in Toronto and finally settled at the J.B. Marlatt Funeral Home in Dundas in 1978 where he served many families in his caring and compassionate manner until he retired in 1997. Bob continued as a part-time funeral director for another 20 years. He also assisted his friend, Chris Franklin at the Futher-Franklin Funeral Home in Wellesley. There he would enjoy watching the Amish horse and buggies drive by or see the horses plowing the fields. When he was a boy, he would watch the steam locomotives pass by the family farm, igniting his passion for trains and model railroading. He could always be found with a camera and radio scanner in his hands as he chased trains across the country. He also spent many hours painting model trains with meticulous precision. Bob was an active member of the Dundas Lions Club serving as Club President and other executive roles. Thanksgiving weekend was always reserved for his beloved Rockton World’s Fair. Bob became an Honorary Board member and served on the Hackney Horse committee and was instrumental in the Ag-Alive displays. He even enjoyed welcoming guests to the fair while volunteering on the parking gates. In accordance with the regulations of the Bereavement Authority of Ontario due to COVID-19, all events are restricted to a specified number of attendees. Please RSVP for visitation in advance by calling 905-627-7452. All visitors are asked to remain in their vehicles until their allotted time. Please follow the directions of the funeral home staff upon arrival. Visitors are also required to wear a face covering and practice social distancing. Friends are invited to share memories at the MARLATT FUNERAL HOME “SWACKHAMER CHAPEL”, 195 King Street W., Dundas on Wednesday, February 24th from 11 a.m. till 8 p.m. A private funeral service will be held in the Marlatt Dundas Chapel on Thursday, February 25, 2021. Followed by interment at Grove Cemetery with his wife Sarah. Everyone is invited to watch the online livestream of the funeral at 1 p.m. on Bob’s webpage at www.marlattfhdundas.com and clicking on “Join Livestream” under the Service section of the webpage. Donations in Memory of Bob may be made to the Rockton Agricultural Society or the Lions Foundation of Canada Dog Guides would be appreciated. Funeral arrangements assisted by Futher-Franklin Funeral Home, Wellesley.

AMM, Robert Garnet- It is with sadness that we announce the passing of Robert G. Amm at the Hamilton General Hospital on Saturday, February 20, 2021. Bob Amm of Dundas in his 87th year. Loving husband of the late Sarah Gallant (1986) and Olga... View Obituary & Service Information

The family of Robert G. Amm created this Life Tributes page to make it easy to share your memories.

AMM, Robert Garnet-
It is with sadness that we announce the passing...

Send flowers to the Amm family.