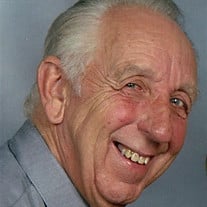 The family of Frederick Adam Heise created this Life Tributes page to make it easy to share your memories.

HEISE, Frederick Adam- Passed away peacefully at home on Saturday,...

Send flowers to the Heise family.