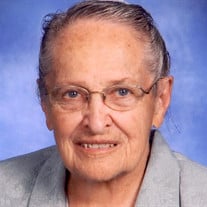 The family of Annie Ropp created this Life Tributes page to make it easy to share your memories.

ROPP, Annie, (nee Brenneman)-Peacefully in her sleep at Sakura...

Send flowers to the Ropp family.